Founded in January 2000, the Long Island Recovery Association is a grassroots organization of people concerned about the rights of those in recovery from or seeking help for addiction related illnesses. 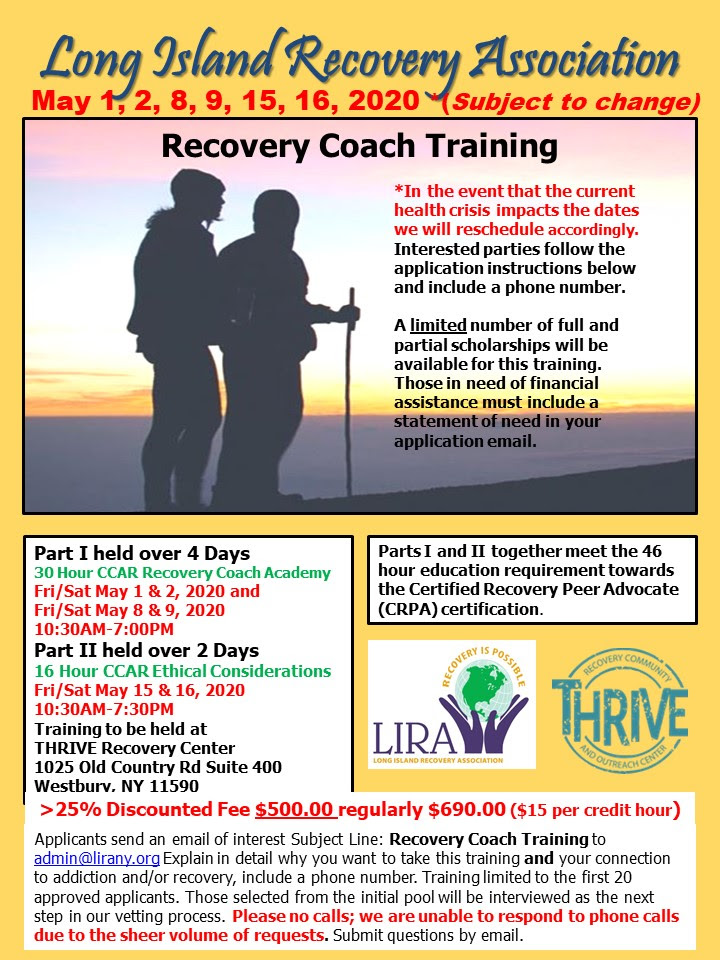 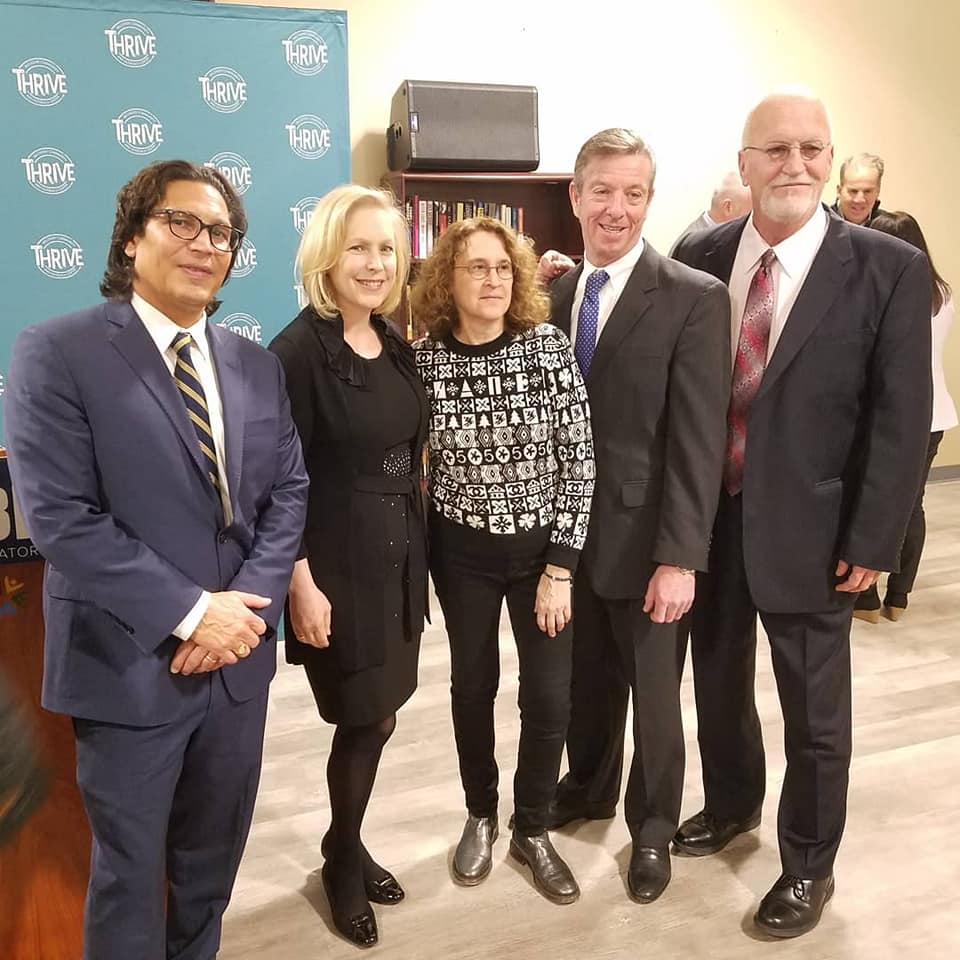 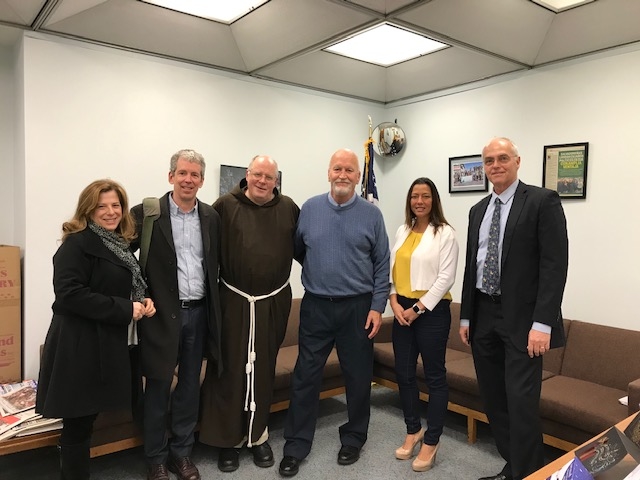 Send us a message!

Thank you for your message

Major progress has been made on the sober housing front since LIRA first identified this as an area of concern back in 2000. Our sober housing team under the umbrella of Long Island Congregations Associations and Neighborhoods (LICAN) was the driving force behind the issue seeking to improve living conditions, confront disreputable outfits and reward good providers for a job well done.

Significant progress has been made. Since we began work on this crucial recovery issue back in 2000 much has transpired. After initial complaints from sober homes residents inspired an investigation our LICAN team devoted a great deal of time and energy into researching the history of the issue on Long Island and identified some questionable outfits.

Our initial gestures and offer to work cooperatively with the identified housing operators to improve living conditions were rebuffed so we regrouped and outlined a strategy.

After bringing Newsday & Cablevision Channel 12 on board we recruited Senator Chuck Schumer to Long Island for a press conference as our team continued to increase public pressure. Senator Schumer called for a federal probe of one of the outfits in question and then two public assemblies were held in Brentwood and Huntington, attracting more then 400 people and the media.

As a result of their extensive investigations two large treatment organization groups with extensive housing operations were found to be in violation of OASAS standards and as a result were fined a combined several million dollars and these operations were ultimately issued cease and desist orders, after failing to respond to overtures to make improvements and work with OASAS and Long Islands Recovery community. In response to the closing down of these outfits OASAS then designated a whopping $26.6 million dollars to LI for the creation of 100 new community residence beds.

The LICAN housing team initiated the creation of the Sober Living Network of Long Island (SLN) More then 40 people attended an invitational meeting of the Sober Living Network of LI. 15 separate groups applied for membership willing to agree to quality standard(s) and pay dues for support of the group to provide oversight, inspection of homes and handle disputes and grievances. Teams of designated inspectors visited about two dozen applicant homes and were prepared to work next with Suffolk County to find funding and support for the grassroots community group.

Another result of the effort led to a statewide OASAS residential needs task group being formed and members of LIRA, LICAN, QCSC along with OASAS reps and other treatment folks and interested groups began regular meetings via tele-conference between LI and Albany. This group totaled nearly 50 people from across the state.

Suffolk County became more actively involved and Legislator Kate Browning worked diligently to address complaints in her Eastern Long Island district. She met with many of us and was invited to tour a respected home in Flanders where we met again to outline a plan of action.

The Suffolk legislature charged its Welfare to Work (WTW) commission with investigating the issue in earnest. The WTW did a thorough job meeting with many of our experienced leaders and holding two public hearings which contributed to the findings in the report delivered to the legislature.

Every suggestion from our housing team was adopted into the report.

The Legislature then directed Suffolk DSS to create a Request for Qualifications (RFQ) for operators of quality sober homes. In exchange foe agreeing to hands on oversight and a commitment to quality standards and safety this initiative would increase the reimbursement rate for qualified high quality housing operators from $309.00 per month to $500.00 for room and from $448.00 to $600 for those providing room & board.

While difficulties remain with the implementation and functional criteria of this plan, the progress should not be underestimated. The $309.00 rate had remained without an increase for over 40 years. Our OASAS task force met again and several of our reps encouraged DSS to offer more liberal criteria allowing several respected and deserving operators to qualify for the RFQ. As of March 2012 further action on this request is still in the works.

Most recently The Suffolk Legislature created a Sober Home Oversight Board and LIRA and our friends are represented and helping to shape the scope of work for this pro-active group. LIRA remains committed to represent the voice and needs of the recovery community. We look forward to further developments and we support efforts of the recovery community and their legal advisors in Brooklyn as they seek to tackle an emerging and similar issue.

The Suffolk County Sober Homes Oversight Board continues to meet and a revised RFQ has been released that will provide increased revenue to quality operators. 48 Beds will be used as the pilot LIRA & The Long Island Council Alcoholism and Drug Dependence (LICADD) and Long Island Congregations Associations & Neighborhoods (LICAN) are collaborating to revive our plan to create a sober living network consisting of quality recovery home operators that will oversee the quality, safety and performance of existing homes on LI. Inspections and self regulation will be key components as we seek to build on the recent efforts to reign in wayward providers and reward the good providers who put a quality residential experience at the forefront of their operations.

Additional updates will be posted as they become available.

Recently we have received reports of resurfacing issues regarding questinabe practices of multiple operators.

LIRA in conjunction with Suffolk County lawmakers and other community groups is committed to ensuring that individuaks in early recovery have access to safe, supportive, high quality st housing and will continue to address related concerns should they arise.  Please let us know if you have information regarding unscrupulous practices endangering our folks.

LIRA worked feverishly for over three years in support of Timothy’s Law and despite our relentless efforts a compromise was reached which excluded coverage for addiction treatment. While we are pleased that progress was made and those with mental health issues, including MICA (dual diagnosis) have gained additional coverage, we will continue to do battle to gain equality for chemically dependent people.

Timothy’s Law is named after Timothy O’Clair, a Schenectady boy who completed suicide in 2001, seven weeks prior to his 13th birthday. His suicide was attributed to the discrimination that he faced at the hands of his parent’s insurance company, discrimination that exists throughout every private insurance plan in New York State. In order to help prevent other families from having to live through this scenario, the O’Clair family has taken on a personal crusade to change the laws as they relate to the provision of mental health and substance abuse services in private insurance plans throughout New York. This extremely courageous and selfless act has resulted in what we now know as Timothy’s Law, which prevents discrimination by prohibiting insurance companies from limiting coverage for mental illness (The law currently does not cover substance abuse disorders).

This website was designed as a tool to help spread the word about Timothy’s Law, and to aid the O’Clairs in their quest to pass this life-saving measure. Please take a few minutes to peruse this resource; sign up for Timothy’s Team, which will provide you with occasional updates about the status of Timothy’s Law and activities you can undertake to help strengthen this law.